Two speed market: when will remortgaging run out of gas?

Today's mortgage trends update showed mortgage lending operating in a way we?ve described in the past as ?a two-speed market?. In this case house purchase is relatively slow (strong first-time buyer numbers offsetting continuing weak activity where homeowners are looking to move) whilst remortgaging is showing strong year-on-year increases. There were 40,800 remortgages in April, a 36 per cent increase on the same month a year ago.

Whilst this is strong growth in anyone's language, it's by no means unprecedented. And, aside from a dip in March, remortgaging activity has been on an upward trajectory since around last May. This is a good time to take a look at what might be driving this.

The Bank of England has long been signalling its intent to raise rates when the conditions are right, and finally did so last November, to 0.5 per cent. But, whilst November saw an 11 per cent year-on-year increase in remortgaging activity, this was actually lower than the annual increase the month before. In fact, refinancing activity had been on an erratic but rising trend since around May last year. The history of remortgaging shows that borrowers in general are not reactive to a rate rise after it happens, nor do they act at the last minute. Rather, when a rate rise seems likely in the coming months, they increasingly act to lock into rates (where those rates are attractive) ahead of the curve.

Similarly, as we entered the new year we saw remortgaging rising 19 per cent year-on-year as borrowers looked ahead to a potential increase in March. We did however then see activity drop off in February, and again in March.

Although the Bank's reading of the economy meant the anticipated rate rise in May didn't actually happen, it's a case of when, and not if it will, with most still expecting a rise sooner rather than later. It's likely that the large increase we saw in April's figures is at least in part a further round of refinancing ahead of the expected rise to come.

The stock of mortgages free to refinance is a moving target

If rate expectations were the only factor influencing refinancing behaviour, we would have expected reasonably strong figures in February and (to a lesser extent) March, instead of the drop off which we in fact saw. But there's a second powerful driver, and it's that remortgaging activity comes primarily from the stock of borrowers who aren't on a deal rate (and therefore can remortgage without incurring early redemption charges). Within this there are currently substantial numbers of borrowers who?ve been sitting on Standard Variable Rates (SVRs), quite often relatively low, for some time.

The other main segment of potential remortgagors are those borrowers who come to the end of their current deal and, typically, take out a new deal as soon as their current one expires (or very soon afterwards). Anecdotally we know that lenders, as part of their retention strategies, are increasingly writing to their mortgage customers reminding them when their deal rate is coming to an end. And whilst many customers do then take out a new deal with their existing lender (product transfers), for others it may act as a trigger for remortgaging elsewhere.

The chart below, using data from our Regulated Mortgage Survey, shows the evolution of expiring deal rates, which is driven by term deal business (mostly fixed rate) in the past. For example, if there was a peak in two-year fixed rate mortgages written two years ago, that tranche of mortgages will now be coming to the end of that deal, free from repayment charges and potentially looking for a new deal. We can expect a corresponding spike in remortgage business, particularly if pricing is attractive and Bank rate increases are on the cards - both of which are the case right now.

There's not a one-to-one correlation; not all borrowers immediately refinance when their deal rate ends. Many others will choose a product transfer with their existing lender, and those transactions do not feature in reported remortgage data. Some borrowers may choose to stay on SVR, for example if they are looking to move house, or pay off their mortgage entirely. But this aside, the peaks we saw in remortgage activity in 2017 coincided with the larger volumes of expiring deal rates. The drop off in February and March this year, following the increase in January, is consistent with the much lower volume of deal rates ending in Q1

Moving on from there, we can see that Q2 this year has much greater levels of ending deal rates, so April's very significant increase in remortgaging is entirely consistent with this as well.

Strong remortgaging for the time being, then a one-speed market?

As we look ahead, the likelihood of a rate rise in the near future, together with the larger volumes expiring deal rates, looks set to influence strong refinancing activity through Q2 and into Q3, and a further spike in Q2 2019.

However, looking further ahead we may start to see less pronounced remortgaging numbers, because borrowers are increasingly choosing longer term fixed rates. Nearly half of all the fixed rate lending so far this year has been for five years or more, compared to less than 30 per cent two years ago (when the clear preference was still the two year fix).

As this change starts to wash through there will be fewer expiring fixed rate deals each year. This is likely to contribute to a market with lower overall gross lending through lower remortgaging, and therefore a greater proportion of lending going to house purchase activity. And importantly, as we navigate this continuing period of economic uncertainty, a greater proportion of longer term fixes will also mean fewer and fewer borrowers are exposed to rate rises as and when they occur. 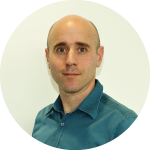