Women in Finance: Committing to diversity

It's a truth universally acknowledged that a balanced workforce offers diversity of thought, increased productivity and ultimately, better service for both customers and shareholders. If the end goal seems idyllic, then why - you might ask - aren't we there yet?

It's a good question, especially when today marks the latest announcement of signatories to HM Treasury's Women in Finance Charter. The total number of signatories now stands at 162 and from today UK Finance is one of them.

The Charter, recommended following a review by Virgin Money's CEO - and UK Finance Board member leading on diversity - Jayne-Anne Gadhia, focuses on harnessing the talents of women in finance, with a focus on fairness, equality and inclusion.

Today also marks ?Equal Pay Day? - the day women effectively stop earning relative to men due to the current gender pay gap.  Recognition of the current gender pay gap in such stark terms like this can sometimes render us weary from seeing the same disappointing numbers on a regular basis. However, I urge readers not to become weary - now is the opportune moment to begin the equality conversation again with a renewed sense of purpose. Talking openly about equality is now the norm, and as we openly chart our progress through increased transparency and reporting on the gender pay ratio, we increasingly have the metrics against which to fine tune our strategy towards achieving it.

The Charter is also growing in strength as more firms pledge their commitment, and a trend is forming. The Financial Conduct Authority, for example, is publishing its progress towards achieving its diversity targets. Their senior leadership team is currently 36 per cent female, with the aim of it reaching 45 per cent by 2020.

There's a long way to go, there's no denying it. But it's clear we?re on the right track. But it is now time to pick up the pace. We hope to do just that at UK Finance; not just as a signatory to but in our work promoting the Charter and encouraging firms to bring gender parity to the forefront of discussion. 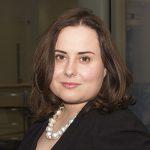 Diversity, Equity and Inclusion in the workspace: vital for any organisation