Conduct and Culture Programme: How to keep ahead of reputational risk

Regulators internationally are considering how best to mandate a framework for reporting Reputational Risk; meanwhile two-thirds of firms tell us they're anxious or 'less than confident' about how to manage this risk (surveyed Q4-2021). So-called 'reprisk' forms a large yet hard-to-quantify exposure under Pillar 2 'idiosyncratic risk capital'. Exposure to reprisk has increased sharply during FY 2021-22, driven by vox populi risk (including staff 'leaks' and defections), by wider societal concern over corporate responses to under Covid-19, and by freshly volatile markets. Stakeholder expectations are changing fast, raising new governance questions: How broad is each firm's stakeholder engagement' How authentic is its claimed alignment towards any 'socially useful purpose' A proforma commitment to ESG reporting alone is not sufficient, now that prudential and conduct regulators have started to call out as Conduct infractions behaviour such as 'greenwashing'. As public advocates, major investors, regulators and firms' own staff all drive 'social licence' to the top of the corporate agenda, financial firms are keen to take a fresh look at reputational risk, seeking new tools that answer regulators' call for 'culture assessment' reporting.

Behavioural scientists have long known about the mental mechanisms that link trustworthiness and corporate value. Yet it is only in recent years that regulators have specifically focused on reputation as potentially the biggest overlooked factor in firms' reporting of risk and capital. This recognizes reprisk's potential to amplify other risks (including credit, liquidity, market and legal risk); all of which may harm a firm's earnings, liquidity and capital position.

Effective business leaders now aim to master the latest methods of assessing this risk, by looking beyond currently limited (operational loss) models and by building cross-functional teams to develop better indicators to report it. The best prepared firms are developing an in-house capability to identify, account for, and 'own' reputational risk in their firm.

By the end of this workshop you will be able to:

As we are currently working to upgrade our systems we are temporarily unable to accept card payments. If you would like to book any of our Training courses with a card, please contact training@ukfinance.org.uk and an alternative payment facility will be arranged. 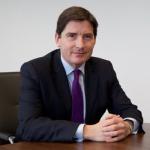 Following audit practice with PwC he advised the Boards of large publicly listed companies in the UK, EU and US as a partner in investor relations firm Georgeson & Co. He was Director of Communications and Enterprises for the BBA (under Sir Brian Pitman), UK corporate affairs lead at FBE in Brussels, and later a Head of Risk Communications in HM Civil Service, before giving all that up to requalify as a risk psychologist and university lecturer.

He frequently works by invitation directly with firms? senior leaders on in-house initiatives to develop their frameworks for conduct risk and culture.

With research among more than 400 firms participating in UK Finance Conduct sessions since 2016, he has amassed a unique exemplar body of conduct programmes, reporting designs, indicators and definitions. He welcomes sharing these insights with UK Finance attendees, to inform discussions of ?exemplary practice? in measurement and reporting on conduct, culture and reputation.

Session attendees consistently rate him 5* / 95-100% for ?expertise?, ?ease of understanding?, ?open and engaging?, and ?enjoyable experience?. Each year he leads small-group interactive workshops for more than 1000 attested Senior Managers in financial firms; since 2010 he has taught one-to-one or in small groups, 10,000+ leaders and divisional managers in financial, professional and government service.

His research often uses language analytics and specialist 'sensitive topic research? techniques to identify previously unvoiced concerns. These findings, unique to each firm, guide the design of the firm's framework of human-factor risk indicators and reports, encouraging the start of productive ?conduct conversations? at all levels, embedding spontaneous best practice in risk reporting.

He lectures as a visiting SME at business schools in Cambridge and London, and at UK Defence Academy; and moderates cross-industry working groups for Board appointees, Compliance, Legal and HR professionals.

His published work includes the financial sector's popular handbook Conduct Risk Management: A behavioural approach (2017) and Culture Audit: Reporting on behaviour to conduct regulators (2021), which includes chapters co-authored with senior regulators in the UK, EU, US and APAC. (Both titles available to UK Finance session attendees at a special discount). He co-edits the Encyclopaedia of Key Psychology Concepts for the London School of Economics annual Behavioral Economics Guides and is a contributing editor at Thomson Reuters Regulatory Intelligence.

In 2006-7, using live observation and narrative research, he analysed how banks were ?gaming? their public reporting on regulatory capital. King's College London awarded him a PhD for this work, whose theory was validated abruptly when global financial markets crashed in 2008. In 2010 he accurately predicted the change of financial regime to ?behaviour-based regulation?; the UK's Conduct regime launched in 2013 and included core principles he had earlier identified.

Conduct and Culture Programme: How to keep ahead of reputational risk