Divergence to convergence: bringing banks and law enforcement together to cut crime

Fighting financial crime doesn't come cheap. The Home Office estimates that serious and organised crime costs the UK economy at least £37 billion annually, with a third of banks paying more than five per cent of revenue on compliance costs. In fact, one recent report places the figure at a hefty $180.9 billion globally this year.

So why are costs continuing to spiral?

It's not due to a lack of effort. Banks continue to invest in their AML programmes - technology, people and processes. Regulators keep a close eye to make sure their expectations are met, and FATF's country evaluations carry increasing weight. The NCA continues to receive investment to fight serious and organised crime, and the volumes of SARs it receives are increasing exponentially.

Yet despite this investment, costs are not coming down.

Perhaps it comes down to what the banks and law enforcement are trying to achieve. In the UK, banks are expected to report on any suspicious activity ranging from cybercrime to tax crime, insider trading to terrorism.

The NCA's top priority, however, is to reduce the number of victims of exploitation, which includes child sexual abuse and exploitation and modern slavery and human trafficking, and to reduce the impact of serious organised crime on communities. Reducing harm to individuals comes in third, which is where we see fraud, money laundering and cybercrime.

So there's an immediate divergence in what the two parties are being tasked with looking at.

Compounding this problem is the breadth and depth of knowledge the AML teams are expected to have in order to identify criminal and victim behaviours in their financial systems. Whereas law enforcement have criminal specialists, AML teams must work across a raft of activity and simply don't have the time to understand the pattern of behaviour in each predicate offence.

This leads to broadbrush rulesets, huge volumes of false positives, and increasing numbers of defensive SARs which are mostly ignored by the people who are meant to be using them to fight crime - because while they might meet the letter of the law, they don't contain enough actionable intelligence to be of use to law enforcement.

What might a world look like where law enforcement and banks were able to work together and pull in the same direction? Would a better understanding of what crime looks like, and a linking of priorities enable our industry to move on from letter of the law to the spirit of the law?

Join us to learn about what the challenges look like from across different vantage points in fighting crime, and hear where we might go next. 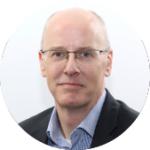 Brian is responsible for fraud prevention, anti-money laundering, sanctions compliance, anti-bribery and countering terrorist financing across all of ...

Brian is responsible for fraud prevention, anti-money laundering, sanctions compliance, anti-bribery and countering terrorist financing across all of LBG's brands. He holds the Senior Manager Regime position of Money Laundering Reporting Officer for Lloyds Bank and Bank of Scotland.

Brian holds a number of external positions within the industry, among them Chair of the Board of the North East Business Resilience Centre (a collaboration with the police to protect North East businesses from cybercrime), Board member of Stop Scams UK (a collaboration with telecoms to stop scams at source) and former Chair of the Economic Crime Product & Service Board at UK Finance. He also represented the banking industry on the Steering Committee that created the Authorised Push Payment Scam Code in early 2019.

He has over 20 years of experience of Fraud & Financial Crime, the vast majority of which has been in financial services. Prior to joining Lloyds Banking GroupBrian served as the Global Head of Anti-Money Laundering Services and led the UK Financial Services Forensic team in the consultancy practice at KPMG.

Brian spent more than four years at the Financial Services Authority where he was Head of Department in the Enforcement Division during the implementation of the Financial Services & Markets Act and the development of the FSA's Financial Crime strategy. Whilst at the FSA, Brian conducted the FATF mutual evaluation of Latvia and was part of the team that responded to the mutual evaluation of the UK.

He then spent over 3 years at UBS Investment Bank where he became a Managing Director and Global Head of AML Compliance.

Brian began his career as an Auditor at KPMG before becoming a fraud investigator in the Forensic Department.

Brian enjoys participating in endurance sports, is a keen football fan, a drummer in a band and is an advocate for senior part-time working and mental health awareness. 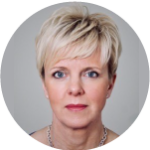 Karen joined UK Finance in October 2020 as Managing Director for Intelligence Strategy. Prior to this she was a police officer for nearly 29 years, st...

Karen joined UK Finance in October 2020 as Managing Director for Intelligence Strategy. Prior to this she was a police officer for nearly 29 years, starting her career in the Royal Ulster Constabulary and retiring from the City of London Police. Her final policing role was Commander and National Coordinator for Economic Crime across UK Policing. Karen's responsibilities included Complex Fraud, Money Laundering, Overseas Anti-Corruption, Intellectual Property and the Economic Crime Academy. She deputised for the National Police Cyber lead and led on the ?Protect strategy? for cyber policing across UK.

As an investigator Karen has led and been operationally involved in virtually all aspects of serious crime investigation from organised criminality to safeguarding, murder and kidnap.

Karen has been key in areas of leadership including diversity and inclusion and the development of women and other minority groups across policing. She has a degree in Social Policy and holds a (Mst) with the University of Cambridge. 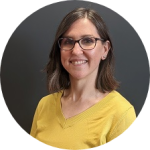 Her team researches the criminal behaviour behind economic crime and the predicate offences identified by FATF, building a nuanced picture of the actors in terms of motivation, capabilities and methodologies. That insight is then transformed into realistic synthetic transaction data for banks to test their AML detection systems against, enabling them to improve their detection rates and file useful SARs.

She liaises on a regular basis with industry bodies and law enforcement, sharing intelligence to raise the bar on money laundering and improve industry best practice as well as ensure the detection tests echo real life.

Organisations must transform and enable change, but the threats of the digital landscape are serious and urgent. They work across borders, jurisdictions and sectors, which is why we do too.
We have 4,000 experts working in 17 countries across the globe, to help our customers achieve their goals.

In financial services, we build on our market-leading financial crime solutions, helping financial institutions globally to fight financial crime and cyber risks. This not only helps the FS industry play its part in keeping society safe but also enables it to operate effectively under tough regulatory pressures. In the public sector, we are the leader in delivering secure complex data projects for government organisations. Meanwhile our cyber security expertise provides security operations and management services to governments, financial services and other complex organisations.

Across these three domains, we use data insights to protect and support, we secure customer missions with information and operational advantage, and we build transformative models for the future.

Divergence to convergence: bringing banks and law enforcement together to cut crime