Marketing and advertising within the financial services sector is highly competitive with firms utilising a range of traditional and non-traditional promotional and communication approaches to reach, engage and acquire customers. While firms clamour to cut through the promotional noise they still must consider and adhere to a variety of significant factors and rules.

For decades, the Financial Conduct Authority (FCA) and Advertising Standards Authority's (ASA) codes have insisted on 'clear, fair and not misleading' communication. As the expression suggests, effective and compliant advertising often go together. For the unconvinced, the FCA issued two 'Dear CEO' letters on financial promotion in 2019, reminding readers of its powers and is currently smarting from the Gloster Report's criticism of how it uses its powers in this area.

Moreover, the FCA sets different rules for the various areas in which it operates that can involve consideration of five sets of conduct of business rules. Its current proposals for a new Consumer Duty will insert a further layer of rules on customer communications geared to ensuring that customers understanding firms' efforts to communicate to them.

When considering financial promotion, firms must understand and be able to use to their advantage the FCA rules and the ASA codes, the FCA digital media guidance and the ordinary law and dictates of good taste. To do this, firms need to understand their products and services (as without this 'clear, fair and not misleading' communication is impossible), their current communication methods, the way in which outsiders like regulators and the public view their communication and where to find and how to apply the rules that are relevant to them.

This course is spread over two half days, 13 and 14 September. During the course, delegates will learn how to communicate in a 'clear, fair, and not misleading' way and comply with both the FCA and ASA rulebooks, understand the FCA's powers when dealing with promotions, appreciate the meaning and significance of the idea of a 'promotion', know the FCA's concerns about digital media use, as well as be able to design the basics of an effective risk management system for promotional activity. 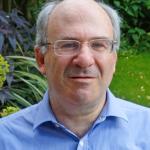 Adam Samuel has been trying to keep the financial services industry out-of-trouble since 1996. In the early 2000s, he extricated a firm from the grips...

Adam Samuel has been trying to keep the financial services industry out-of-trouble since 1996. In the early 2000s, he extricated a firm from the grips of the FSA after it had accused its client of breaking the financial promotions rules and arranging investments through its website. In February 2012, Adam did one of the first digital media compliance lectures in the UK. Adam fixes companies? problems, trains, writes and teaches students about financial promotions. He authored the only book on UK financial services complaints (2nd ed out in 2017). He holds the exam qualifications not only for a compliance person (CISI Compliance Diploma) and a lawyer but also has AFPC, MAQ and Cert ER qualifications so that he can comment on the work of financial and mortgage advisers from a position of reasonable strengths. To find out more about Adam,  see adamsamuel.com.