Bounce Back without blowback

Think back to the 2020 May bank holiday when the nation was gripped by the pandemic. What were we doing? Staying indoors and racing to set up the government's Bounce Back Loan Scheme in record time. It was a feat of collaboration, ingenuity and sheer hard work.

The scheme is like no other lending scheme. There are no credit or affordability assessments, and businesses self-certify their turnover (amongst other things). Statute, regulatory rules and voluntary standards all had to be changed to make the scheme work. Known risks were taken, for example that the rate of defaults could be very high and that the scheme was susceptible to fraud. No doubt some unknown risks were taken too. Locked down businesses were running out of cash and the imperative was to get money out of the door quickly.

Over the lifetime of the scheme over £46 billion was loaned to over 1.5 million businesses - around half of that within the first few weeks. Few could question that the scheme, together with other support from the government and lenders, has helped keep so many of these businesses afloat.

However, fast forward to later this year, or 2030 when the last repayments will need to be made. Will the scheme still be seen as the huge achievement it was? Or will lenders, the government or regulators be left to defend our actions? Perhaps businesses will feel they shouldn't have been lent to?or they won't have appreciated this was a loan not a grant?or they won't have expected to be pursued for repayment? Maybe taxpayers will feel they shouldn't have to bear the costs of a scheme set up with such haste.

How can lenders, having rushed to the rescue, avoid unfair censure?

Join me for a session with our expert panellists on 7 July as part of our Commercial Finance week. We will explore the complex regulatory framework and the risks this creates - scheme rules, Consumer Credit Act, Financial Conduct Authority (FCA) rules, Lending Standards Board standards, State aid framework, fraud and financial crime obligations, to name a few. We will also look at practical ways in which lenders are managing the regulatory risks. 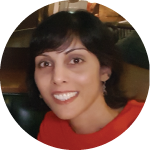 Join us for Commercial Finance Week, for discussions on the issues most affecting commercial finance providers and their customers as we emerge from the pandemic. Registration now open.