Deriving value from the evolution of regtech 2.0

Over the last few years, regulatory technology (regtech) has matured from single point solutions to an integral part of the current and future regulatory landscape. What is different in regtech 2.0 and how can regulated firms derive benefits?

The first wave of regtech was driven by what the technology could achieve, and how it could be applied to solve singular compliance issues. There are four factors driving regtech 2.0:

A technology solution-led approach was systematic of many of the problems seen in the first wave of regtech. Under regtech 2.0, the onus is on the institution to identify the specific issue to solve, supported by an effective strategy which focuses on identification and selection of the optimal solution. The strategy must interact with existing architecture and operational processes. Bearing in mind the organisation's overall regulatory methodology, governance, capabilities, this will also inform regtech selection, improve bespoke modifications and support successful implementation.

In 2019, extensive research published by Grandview research estimated the global regtech sector to be worth around $2.87 billion globally, with a predicted increase in value of  $55 billion by 2025. This is hardly surprising when you consider that regtech is estimated to reduce the cost of regulatory change by 15-20per cent.

As regtech 2.0 gains further momentum, understanding which solution can solve a given issue is critical. Using a regtech taxonomy to navigate this complex area, there are fifteen different taxonomy modules such as horizon management, regulatory reporting, regulation to controls and KYC/AML processes amongst others.

It is interesting to note in the 2021 Thomson Reuters report on regtech that 16 per cent of firms reported they had implemented regtech solutions with a further 34 per cent reporting that their use was affecting compliance management.   An effective strategy will help identify how regtech will support wider goals, and consider essential interaction with existing processes.

For benefits to be realised, software changes must be accompanied by updates to the operating model, governance (including roles and responsibilities), updated regulatory/risk processes and procedures, and additional training.

Throughout preparation and implementation, it's important to consider user-adoption and interaction between all three lines of defence, recognising that it will be a poor investment without appropriate buy-in, training and capability development.

Grant Thornton Digital and Data virtual event series: Join us to discuss how RegTech (in plain English) can transform your compliance and costs.

Thomson Reuters? 2021 report on ?Fintech, regtech and the role of compliance? shows huge leap in the adoption and implementation of technology despite budget constraints | Thomson Reuters 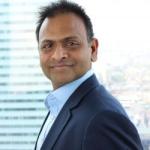