How could digital wallets impact banking and financial services?

The use of digital wallets - software-based systems that allow customers to pay for purchases - is growing rapidly. A report by Mordor Intelligence published last year estimated that between 2021-2025 the adoption of digital wallet apps will increase by a compound annual growth rate of 26.93 per cent. Some wallets simply serve as a secure holder of debit and credit card information, such as Apple, Google, or Samsung Pay. Other digital wallet apps are more versatile in their offering, enabling users to maintain deposits, complete peer-to-peer transactions, and access broader financial services.

Today, the leading national adopter of mobile payments technology is China and the two foremost digital wallet apps, WeChat Pay and Alipay, were established and are used primarily in China. As of 2020, Alipay had 1.3 billion active monthly users, whilst WeChat Pay lagged slightly behind on 1.13 billion. In 2019, 49 per cent of Chinese consumers were using digital wallets, spending over $49 trillion with these apps. By comparison, in the UK, the number stands at 24 per cent, a figure which has risen hugely during the Covid-19 crisis and will only continue to grow.

As well as being far more widely used than their western counterparts, Chinese wallet apps differ in regard to their linkages to wider 'super app ecosystems?. Alipay's parent company, the Alibaba Group, initially specialised in e-commerce and now operates across a host of sectors including online entertainment, transportation, healthcare, and financial services. Similarly, WeChat Pay forms part of WeChat, one of the world's most versatile mobile apps that offers communications, social media, e-commerce, and payments services. Digital wallets exist as one element of a suite of applications that could theoretically enable a Chinese consumer to go through their entire day, ordering a taxi, buying an item of clothing, sending money to a friend, even investing in a money market fund, without leaving a single 'super app? ecosystem of applications, supplied by one corporation.

It is unclear whether equivalent 'super app? ecosystems will emerge in countries such as the United States and the UK. What is more likely is that there will be a layering of services upon existing widely used apps. However, what is for certain is that the increasing adoption of digital wallets will have significant impacts in both the eastern and western hemispheres. These effects will include the speeding up of the movement away from cash transactions in society, changes to how consumers make payments to their social contacts, and the opening up of financial services to a broader demographic, among other things.

Recent developments regarding the European Commission's legislation to update and refine regulations for digital IDs have further illuminated the potential impacts that digital wallet applications could have on banking and financial services. Should digital IDs become commonly used and be regulated in a way that allows for interoperability with digital wallets, banks and financial services could benefit from access to personal information that will make it easier and quicker to carry out customer checks, other anti-money laundering duties, and potentially many other regulatory responsibilities.

Although these impacts outlined will prove to be significant, it would be a stretch to term them 'transformational?. However, there is an area of nascent innovation within which digital wallets could play a facilitative role. This area of potentially transformative innovation is central bank digital currencies (CBDCs) and we will be looking at the topic of CBDCs and their relationship with digital wallet applications and exploring this further in an upcoming blog. 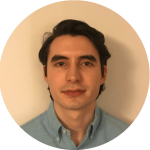