Over the last decade, quantitative easing has been a key tool to stimulate the economy. However, its extensive use gives it limited value against Covid-19 and Brexit. Negative interest rates have the potential to be a powerful alternative, despite the relatively low probability of being applied. How can negative interest rates help and what can banks do to prepare?

Why are they under consideration?

Interest rates have been falling for some time due to a combination of factors. These include an ageing population, greater income inequality and slowing growth rates in emerging markets, all increasing savings.

The natural consequence of increased savings is a drop in investment. A plateau in labour productivity growth has contributed to the problem, as has reduced competition due to a small number of firms dominating their sectors. New tech businesses have also played a part, as they require less intensive investment than traditional organisations. As a result, corporates have favoured share buy-back programmes in lieu of more lucrative returns, again limiting investment in the UK.

In its purest form, negative interest rates encourage investment by rewarding borrowers and penalising savers. But in reality the picture is more complicated.

What are the issues?

The most immediate issue is the use of cash. For negative interest rates to have the maximum impact, all transactions would ideally be electronic. Without this, there's the potential for mass withdrawals, which would affect financial stability. The Bank of England could discourage cash transactions, but that could result in two monetary frameworks running in tandem, one for cash and one for e-cash. There's also the question of where customers would store their money instead, with the associated security and insurance implications.

As a secondary issue, negative interest rates could encourage asset managers and pension funds to make riskier investments, in order to improve their returns. However, the relatively stable economy in recent years could mean that many asset managers may not have the experience to manage such volatility, again affecting financial stability over time.

However, in jurisdictions that have already adopted negative interest rates, such as the Eurozone, Switzerland and Japan, these risks haven't crystallised. This is partly due to banks not passing the interest rate on to their clients and simply absorbing the losses. It may also be because the interest rates are not extreme enough, or long lasting enough, to trigger a significant customer response but there could be a lower bound tipping point.

What to do now?

If the Bank of England pursues a negative interest rate, firms can look at key actions to reduce the impact on profitability. For example, adding fees to saving accounts or applying lower interest rates on a threshold basis across customer segments. Similarly, firms could also offer discounts or rewards for borrowing, or consider increasing the interest rate charged. While these may all offer potential solutions to the problem, it's important to consider the legal implications and constraints of each individual contract. 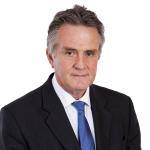