Following the publication in May 2019 of its ?Programme of Work to Develop a Consensus Solution to the Tax Challenges Arising from the Digitalisation of the Economy?, the OECD published a public consultation document on 9 October 2019 regarding the future framework for international taxation. As flagged in our September article, the proposals are not just about tech business.

The proposals are about the future of allocation of profit amongst international groups in a modern, highly digital economy. We discussed the potential impact that the proposals could have on the financial services sector and whilst the OECD has, for the first time, signalled an intent to potentially narrow the scope to sectors which have more substantive marketing intangibles, the OECD document suggests that further discussion is required as to whether a carve out for financial services is appropriate.

The focus of the OECD's consultation is Pillar One of their programme of work - the proposals seek to unify the three proposals previously put forward, i.e.

The balance looks and feels like the philosophy of proposal two (marketing intangibles), and the mechanics of proposal three (significant economic presence). In summary, the proposals suggest:

Many details remain to be worked out, but it appears that the above proposal will gain sufficient support to move forward in a form similar to its current state. The consultation runs to 12 November 2019, with a view to discussing the results during a public consultation on 21-22 November 2019. The timeline from here is an agreement by OECD members to an overall plan in January 2020, working to thrash out the detail by the end of 2020, with implementation to follow thereafter (the timeline for implementation is not yet clear).

Pillar 2 (global minimum tax) was not addressed in the latest report. We expect the OECD paper on that in November, which could be even more impactful than the Pillar 1 proposals discussed here, depending upon how the OECD shapes it.

Meanwhile, whilst the above details continue to be worked out, some countries, including the UK and France, are taking unilateral action with the introduction of their own Digital Services Tax. The banking sector needs to consider the potential compliance burden, cash tax position and the additional cost of system changes that they may be exposed to as a result of the efforts being made to address the tax challenges arising from the digitalisation of the economy.

What's next?
BDO and UK Finance will be holding a joint webinar on 25 October to discuss the recent developments on the taxation of the digital economy, click here to sign up to the webinar. 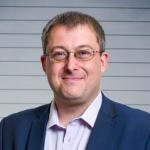