Leasehold has a long history in this country but in recent years it has become clear that some leaseholders are getting a less than perfect deal. Rapidly increasing ground rents, high prices for freehold purchase, hidden charges, inflated service charges, poor service and lack of information and redress have all been cited as problems. Vocal leaseholder groups have received a sympathetic ear from MPs about these and the whole leasehold system has come under scrutiny as a result.

Helping those who have bought homes with very poor lease terms - such as the 12,500 people with ground rents which double every ten years - must be the priority. Developers and freehold investors have the primary duty to rectify problems with these leases. They have made a start, but the government should use its influence to ensure that everything possible is done.

Ensuring more properties with these lease terms do not come onto the market is the second priority - and mortgage lenders have already acted to curtail the spread of these. Lenders now require detailed lease information before a new build property is sold and many have used the UK Finance Lenders? Handbook to set out what terms they believe are problematic - although we are aiming to do more to make clear the overall industry position on leasehold terms, especially for new builds.

There are significant problems in expecting lenders to be able to solve this issue though: we do not create or own leaseholds or regulate the businesses that do. Around a third of home-buyers are cash buyers. And what concerns a lender - primarily the security, value and affordability of a property - is different from a leaseholder who just wants a fair deal. There is clearly a role for government to legislate here and we support its proposals for a cap on ground rents and a ban on new leasehold houses.

The last area we need to consider is how the leasehold market functions more generally. On the whole mortgage lenders believe it works well. There are around four million leasehold properties in England and we don't think a complete revolution in property tenure in this country is desirable. It is possible that too much criticism of leasehold could lead to a two-tier market which would not be beneficial for current leaseholders.

This does not mean that reform is unnecessary. UK Finance supports proposals put forward by the government and the Law Commission to improve the situation for leaseholders. We want to see more transparency over costs and a stronger right to challenge these; the introduction of fixed fees and timescales for providing information to leaseholders during a sale; leasehold enfranchisement (how leaseholders buy their free or extend their lease) made quicker, easier and cheaper; and the leaseholders? right to manage their own properties bolstered. We are also looking carefully at Law Commission proposals to boost the take up of commonhold.

There is a lot happening on leasehold and it is important to get it right so that all leaseholders are helped - those on very poor terms, future home-buyers, and current leaseholders. 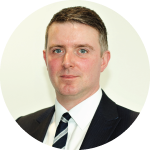