The Financial Ombudsman Service (FOS) performs an extremely valuable function. Each year it resolves many thousands of disputes without incurring the costs, procedural complexity or delay associated with the court system. This benefits both banking and finance providers and their customers.

However, from having dealt with the FOS for more than 20 years it is clear to me that the current system is not without its flaws. The problems stem from two features of the FOS process: the ability to deviate from established legal or regulatory principles, and the absence of any formal appeal mechanism other than judicial review. While these features were seen as necessary for an alternative dispute resolution service, they have come to have far-reaching, unintended consequences.

In 99 per cent of cases, the FOS decision will be limited to the facts of the specific complaint. In those circumstances, a degree of legal certainty and consistency is rightly foregone in pursuit of an efficient, low-cost dispute resolution process. However, some decisions can have significant wider implications - whether for individual firms, specific industry sectors or the industry as a whole. And since the Financial Conduct Authority (FCA) Handbook requires regulated firms to ensure lessons learned as a result of FOS determinations are effectively applied in future complaint handling, certain decisions are effectively precedent setting, a power not usually attributed to a statutory alternative dispute resolution service. This arguably places the FOS in the role of quasi-regulator, establishing rules without a requirement to consider their impact or consult on them as would be required of the FCA. This is specifically not what parliament intended when it established the FOS.

White and Case worked with UK Finance to examine these issues as part of its response to HM Treasury's phase-II consultation on the financial services future regulatory framework review, and in a standalone report to support the main response. From our research and discussions with banking and finance firms to inform this work, it became clear that the FOS's processes need reform if they are to be proportionate to the significance of some of the decisions it is asked to make. In our review, we recommend the following changes:

Firstly, there should be a more consultative and collaborative process for decisions with policy or precedent implications. The FOS often identifies the need to make a policy determination in respect of certain cohorts of case, particularly where it sees a large number of particular complaints in respect of a new issue (e.g. affordability or authorised push payment fraud). However, there is currently no visibility of engagement with external stakeholders such as the FCA, firms or consumer bodies in reaching a decision.

Secondly, there should be a twin-track decision-making process. While the current statutory FOS process is appropriate for resolving individual, fact-specific complaints, it may be better if cases with wider implications are processed in a different way, subject to a more proportionate degree of analysis and consideration of applicable law and regulation.

Finally, there should be a new appeal process. This would allow for sufficient scrutiny of decisions that have wider implications. Any appeal process would clearly need to be limited to certain types of case or risk defeating the purpose of the FOS.

It may only be necessary or appropriate to reform the FOS process for less than one per cent of cases, but we believe these changes would go a long way to ensuring a complaint handling system in which both firms and customers can have full confidence.

Customer Complaints Workshops: Successfully Working with Customers
To ensure firms remain proactive around the FOS's expectations, it is critical that firms have a positive culture around the handling of complaints which extends beyond policies and procedures. In response to the challenge firms will face because of the pandemic, we have created a bitesize online learning series. 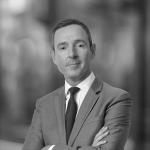 To ensure firms remain proactive around the FCA's expectations, it is critical that firms have a positive culture around the handling of complaints which extends beyond policies and procedures. In response to the challenge firms will face because of the pandemic, we have created a bitesize online learning series.