I believe in a fundamental principle that technology is not necessarily the enemy, but that our relationship with it could certainly do with some work. The way we interact, our relationships and our lives are irrevocably altered because of how we now communicate. Like anything, this can be both a positive and a negative. Instead of technology moving to meet us and compliment the way in which we interact, we have instead changed ourselves to meet it.

I don't believe there is any greater subject than the concept of modern dating that so clearly elucidates this notion. It has changed the way in which we meet, how we connect and how we have taken something that is so core to the human experience and made it ?efficient?.

The generally accepted idea is that we are simultaneously more inclusive and connected to each other than ever, yet not many people could disagree that isolation and loneliness is rife. The fact that so many people are starving for emotional and physical intimacy can lead to a systemic vulnerability and rise in mental health concerns. This relationship with technology, coupled with a pandemic has only exacerbated this issue and as psychologist Michelle Drouin describes in her book ?Out of Touch?, we are experiencing an intimacy famine.

Social media, text messages and subjective forms of communication act as an emotional feedback loop. You only really get out what you put in and interpret communication in the way YOU want to, or more specifically, the way your emotions want to. In dating and relationships, we project such powerful and visceral emotions such as hope, love, and lust, that we build a story that is detached from reality and concoct expectations of each other. Everyone (and I mean everyone) has missed red flags in relationships or has been told something that they wanted to hear at unfortunately the wrong time that they should have heard it,

Now imagine someone that has created a persona, a narrative and cultivated their entire language with the express intention to exploit this. This mixed with our own powerful and projected story creates a veritable cocktail of emotions and a perfect foundation for manipulation. This person has so much power and we foolishly forget to remove this truth from romance fraud.

A new survey by UK Finance's Take Five to Stop Fraud campaign, published today, found that almost two in five (38 percent) of people who have dated someone online and searched for a reprieve in their isolation have been asked for money, with over half of those (57 per cent) giving or lending the money when asked.

With reasons ranging from health scares, debt, emergencies and investment opportunities. In the cold light of day, this is a red flag to a potential scam, but we forget how human this issue is.

Be suspicious of any requests for money from someone you have never met in person, particularly if you have only recently met online. Contact your bank straight away if you think you may have fallen victim to a romance scam, notify Action Fraud and let the platform on which you met the scammer know about the incident. 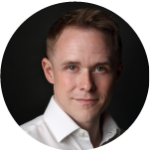 Romance scams on the up during lockdown