Salinger on Factoring - essential reading for the IF/ABL sector

Invoice finance and asset based lending specialists and UK Finance associate member PDT Solicitors has recently published the sixth edition of Salinger on Factoring. Salinger is widely regarded as the most comprehensive guide to invoice finance law.  With technology, customer expectation and policy increasingly breaking down the distinction between invoice finance and 'traditional? types of commercial finance, Salinger has never been more relevant.  It explores this fascinating and complex area of law, whilst also providing readers with a lot of practical guidance on the many, sometimes thorny, issues facing the sector today.

Noel Ruddy, a partner at PDT, has co-edited this new edition alongside leading commercial barrister Simon Mills. They have taken the opportunity to introduce more new material and at the same time re-write a number of sections to bring greater clarity to some complex areas of law affecting factors and discounters.

With so few books available in this area, Salinger is essential reading for those members of UK Finance involved in the sector. It maintains its skilful blend of legal analysis with an in-depth look at the current practices governing both domestic and international invoice finance and asset based lending.

This edition of the book contains:

The first edition of Salinger on Factoring was published in 1991. Described then as a 'trail-blazing work? by Professor Sir Roy Goode QC, it continues to be a tribute to its author Freddy Salinger. As an accountant, lawyer and practitioner, Salinger was regarded as one of the world's foremost authorities on domestic and international factoring.

You can purchase a copy here: www.pdt.co.uk/salinger

Noel Ruddy is a partner at PDT Solicitors LLP, where he heads the corporate, commercial and finance teams. He has acted for factoring companies and other asset based lenders for over 25 years and is recognised as a leading lawyer in his field.

Simon Mills is a barrister and leads the Commercial Division at Five Paper, 5 Paper Buildings. He deals with all aspects of commercial dispute resolution, banking and finance, fraud and insolvency and is the editor of Goode on Proprietary Rights and Insolvency in Sales Transactions. 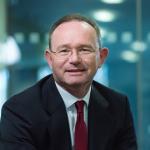