While the UK government was concerned with ensuring the continuity of existing EU sanctions regimes so that they continued in effect in UK law following the end of the Brexit transition period, various changes were introduced in the run-up to Brexit, including the scope of existing sanctions which  impact  the extra-territorial scope of such sanctions. The changes potentially increase the jurisdictional reach of UK financial sanctions and appear intended to facilitate cooperation between the UK and other countries? sanctions enforcement agencies, such as the US Treasury Department's Office of Foreign Assets Control (OFAC).

The jurisdictional scope of UK financial sanctions is already broad, but it does require there to be a connection to the UK, which the Office of Financial Sanctions Implementation (OFSI) refers to as a ?UK nexus.?[1]

To date OFSI guidance has provided a degree of comfort to overseas businesses as it has said that it would not seek to ?artificially bring something within UK authority that does not clearly and naturally come under it?. While welcome, it is not clear what the OFSI meant by this statement - although it may be implicit commentary on the exceptionally wide views of jurisdiction taken by US authorities over non-US individuals and companies resulting from US dollar-denominated transactions, or even so-called 'secondary sanctions? which can be imposed without any US nexus whatsoever.

Potentially comforting informal guidance  aside, enter the Sanctions and Anti-Money Laundering Act 2018 (SAMLA), which has broadened the territorial application of the UK sanctions regime.  SAMLA applies to conduct (acts and omissions) both:

This express drafting provides OFSI with a clear legal basis to go after activity involving UK persons and UK nationals overseas. It also raises increasingly complex compliance questions over how multi-national businesses should apply different sanctions regimes to activities of foreign businesses employing UK nationals. This is particularly the case where there may be differing standards relating to country sanctions programs between UK, EU, US and other sanctions regimes, which may diverge over time as the UK begins to exercise an increasingly independent sanctions policy.

Implications for investigations and enforcement

These extra-territoriality-related developments should also be viewed against the wider context of OFSI's increased enforcement capabilities, which came into effect in 2017 under the Policing and Crime Act 2017.[2]

It is also clear that OFSI is ready and willing to use its increased powers, as illustrated by the recent record financial penalty against Standard Chartered Bank in 2020 for over £20 million.

These developments are consistent with the general trend in UK law since the Bribery Act 2010 came into effect towards increased enforcement against companies, including for misconduct overseas. They are also consistent with the trend internationally towards increased multi-jurisdictional and extraterritorial cooperation and enforcement by authorities, not only in the foreign bribery area, but also with respect to anti-money laundering and economic sanctions efforts.

Indeed, increased information sharing is likely to see increased investigations activity as enforcement authorities cooperate more in connection with overseas conduct. The UK is laying the groundwork for enhancing potential cross-border cooperation in sanctions enforcement with its international partners. The new on-shored implementing regulations expand the bases for disclosure to third parties, and specifically permit disclosure to "any other regulatory body (whether or not in the United Kingdom)". This language very likely enables disclosure of information to OFAC, and needs to be read in conjunction with OFSI guidance where OFSI has made it clear that it will use its information sharing powers[3].

This raises the real possibility that sanctions breaches taking place overseas - a scenario arguably applicable to many, if not most breaches - will be made known to local and international authorities and could result in increased multi-jurisdictional investigations and consequent enforcement actions (including substantial fines).

Given these developments, multi-national businesses - the financial services industry in particular - should be aware of the increased potential for sanctions enforcement and will need to assess carefully how to address compliance with multiple sanctions regimes across their global organisations.

[1] According to OFSI, there may be a ?UK nexus? in connection with a transaction involving an overseas business in situations such as where the business carries out transactions using currency clearing services in the UK (for example, denominated in Pounds Sterling), it is a subsidiary of a UK company, its decision-making is directed from within the UK, or it holds or uses financial products or insurance bought on UK markets.

[3] ?If we come across breaches of financial sanctions in another jurisdiction, we may use our information-sharing powers to pass details to relevant authorities?? 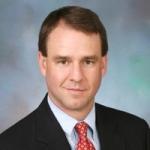 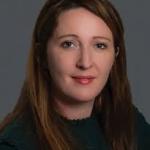