Why the Banking Protocol matters

Fraudsters will often try to scam potential victims by persuading them to withdraw large sums of cash from their local bank branch and hand it over to them. This is because they know that once they have the cash it can be difficult to trace and return it. These scams can involve anything from rogue builders offering to do bogus work on your driveway to sophisticated fraudsters claiming that your bank account has been compromised and has to be emptied to stop your money being stolen. However, what all these scams have in common is that they tend to target the most vulnerable in our society, including elderly victims who are particularly at risk.

The good news is that banks and police forces have joined forces to fight back against this kind of fraud through a ground-breaking rapid response scheme called the Banking Protocol. This industry-wide initiative, developed by UK Finance in partnership with National Trading Standards, trains bank branch staff to spot when someone is about to fall victim to a scam and try to prevent them from withdrawing cash to give to a fraudster. After this the staff can request an immediate police response to the branch to investigate the suspected fraud and catch those responsible.

The latest figures show this approach is working, with the scheme having prevented potential fraud victims from being scammed out of £38 million in 2018. 231 arrests and 4,240 emergency calls were made through the industry-wide initiative last year, with an average of £8,960 being prevented per call. Since March 2018 it has been implemented by all 45 police forces across the UK, while talks are underway with local police on the Isle of Man, Jersey and Guernsey to roll out the initiative as soon as possible.

In one particular case, an elderly customer visited a bank branch in Stowmarket to withdraw £19,000 which they claimed to urgently need. After some sensitive questioning in a private room, it transpired the customer was victim of a fraudster claiming to be from HMRC, asking them to pay an urgent tax bill or risk being sent to jail. Fortunately, the scam was stopped thanks to the Banking Protocol, and the customer was prevented from losing a potentially life-changing sum of money.

The scheme doesn't just end once a scam has been prevented. It also ensures extra support is provided to those customers affected to help prevent them falling victim to similar scams in the future, including through referrals to social services, expert fraud prevention advice and additional checks on future transactions. This approach demonstrates how the banking and finance industry is taking seriously its responsibility to protect customers from fraud, while working closely with our partners in law enforcement to crack down on the criminal gangs responsible. 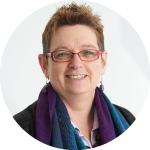