UK Finance today releases its latest fraud report covering the first half of 2021. This report shows the scale of fraud taking place as well as demonstrating how criminals have shifted their focus to exploit weaknesses outside the banking system.

This year, however, criminals focused their activity on what is termed authorised push payment (APP) fraud. In APP fraud a customer is tricked into authorising a payment to an account controlled by a criminal. In these scams the criminal's activity takes place outside the banking system.

Using tactics such as scam phone calls, text messages and emails, as well as fake websites and social media posts, criminals seek to trick people into handing over personal details and passwords. This information is then used to target victims and convince them to authorise payments.

As a result, we saw a 71 per cent increase in APP fraud during the first half of 2021 and, for the first time, the amount of money stolen through APP fraud overtook card fraud losses.

We also saw changes in how criminals moved stolen money. They targeted people as young as 14 via social media platforms to become money mules, where their bank account is used to launder stolen money. Intelligence shows a notable increase in the use of cryptocurrency wallets being used to take stolen money outside of the banking system quickly.

Fraud is now at a level where it poses a national security threat - as such, the banking and finance industry is calling for government-coordinated action across all sectors to tackle the issue, including ensuring that all economic crime is brought within the scope of the Online Safety Bill.

In total £753.9 million was stolen through fraud, an increase of 30 per cent compared to the same period last year. An overview of the loss figures is included here, with more detailed information in the tables below.

Authorised push payment (APP) fraud losses were £355.3 million, an increase of 71 per cent, including:

Our latest figures show the sheer scale of fraud taking place in the UK and highlight clearly the need for coordinated action to address this threat. The banking and finance industry invests billions in advanced systems to try and stop fraud happening in the first place, but criminals are exploiting weaknesses outside of banks? control to trick customers into making payments directly to them.

?This is why we are calling for coordinated action and increased efforts from government and other sectors to tackle what is now a national security threat.

?Criminals continue to target customers with a variety of scams, often via online platforms, and it is only through coordinated action that we will be able to really make progress in addressing the problem.

UK Finance urges customers to follow the advice of the Take Five to Stop Fraud campaign, and remember that criminals are experts at impersonating people, organisations and the police. They spend hours researching you for their scams, hoping you?ll let your guard down for just a moment. Stop and think. It could protect you and your money.

Stop: Taking a moment to stop and think before parting with your money or information could keep you safe.

Challenge: Could it be fake? It's ok to reject, refuse or ignore any requests. Only criminals will try to rush or panic you.

Protect: Contact your bank immediately if you think you?ve fallen for a scam and report it to Action Fraud.

Protect: Contact your bank immediately if you think you?ve fallen for a scam and report it to Action Fraud.

UK Finance is the collective voice for the banking and finance industry. Representing 300 firms across the industry, we act to enhance competitiveness, support customers and facilitate innovation. 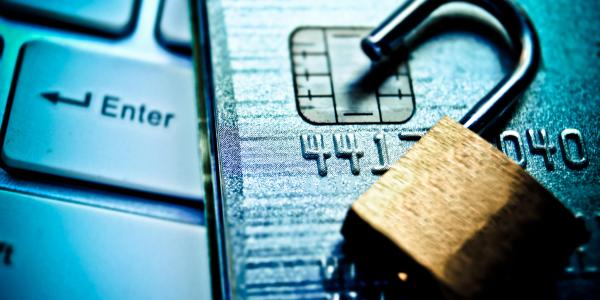