?We are slightly more optimistic about the next two years than we were a year ago. We expect more first-time buyers over the next two years, helped in part by competitive mortgage rates and government housing schemes. Home movers numbers have recovered a little in 2017, but look set to remain flat over 2018 and 2019, as they have benefitted less from government support and have been largely left to fend for themselves. The number of home owners re-mortgaging with a new lender has grown strongly in 2017, and our expectation is for this to continue over the medium term.

?Regulatory and tax changes are amongst several factors that are reducing confidence in the buy-to-let market. This has led to subdued house purchase activity by landlords since the middle of 2016 and we expect more of the same over the next two years.

?Housing market activity on the whole has recovered somewhat over the last 12 months helped by first-time buyers, but this recovery only brings activity levels back to where they have been since 2014. Looking ahead, we expect activity to continue flat over the next two years, in part a result of economic uncertainty.?

Prospects for the UK economy are likely to remain more uncertain than usual for the next few years as a consequence of Brexit. Data for the first nine months of 2017 shows that the economy has been growing at a slower pace than over the last few years.

Our forecasts therefore carry more uncertainty than usual too, as the timing and outcome of any negotiations surrounding the UK's membership of the European Union vary. In our forecasts, we have assumed a two-year negotiating window from March 2017.

The UK's current position is a little mixed, as the rate of inflation has risen, and economic growth has been subdued. The jobs market on the other hand has continued to be strong, with the number of people in work close to the highest rate ever. Despite this, and record low unemployment, nominal wage growth has been weak and falling in real terms.

While it's still not clear how Brexit will pan out, it is worth bearing in mind that the housing market is relatively well insulated than many other parts of the economy, as most activity is driven domestically. London may be an exception, but even there the impact is likely to be limited to prime areas.

Should negotiations adversely affect the UK economy, policymakers in government may well see the housing market as a way to stabilise the economy, as has been the case in the past, and are likely to take policy action accordingly.

The government set out its plans for the housing market in its February's Housing White Paper, with a shift towards tenure neutral housing. A key consideration is the plans for the future evolution of the Help to Buy equity loan scheme programme.

The Monetary Policy Committee (MPC) increased the Base rate by 25 basis points to 0.5% in its November meeting, reversing the rate cut seen back in August 2016.

The FPC has said its Recommendations are likely to remain in place for the foreseeable future, and clarified its affordability test. It now expects lenders to stress affordability at three percentage points higher than the reversion rate specified in the mortgage contract at origination.

The chancellor delivered his first Autumn Budget a few weeks ago (22 November), in which he announced a permanent increase in the threshold for stamp duty for first-time buyers. The relief moves the threshold to £300,000 but will not apply to properties worth over half a million pounds.

The government pledged a further £10 billion extra funding for the Help to Buy equity loan scheme, as a result of the scheme's popularity, allowing for up to another 135,000 people to buy homes by 2021

Other announcements included a further commitment of £2.7 billion to the Housing Infrastructure Fund and a further £1.5 billion for the Home Building Fund. These sit alongside an ambitious target of 300,000 new homes a year.

The housing market is in a similar position to the economy: slightly subdued, with some components holding up better than expected.

The underlying trend in housing transactions has softened a little in 2017, as the distortion from the stamp duty change in 2016 on second properties has largely washed through. This is down to a dampened appetite for second properties, as buy-to-let and cash purchases are both running at lower levels than seen in the lead up to the change.

In the residential space, activity has been limited by stamp duty in the top end of the market, while the regional mix has shifted, away from London, the south east and east Anglia, towards the north of England, Wales and Scotland.

As most housing transactions are discretionary, it is often the case that activity levels tend to be bear the brunt of any uncertainty, as buyers and sellers wait to get a clearer picture of where the economy might be headed. For this reason, we expect overall activity to be fairly flat over the next two years, in part a result of the economic uncertainty.

First-time buyers and home movers face affordability pressures, which are increasingly coming up against the macro-prudential rules announced in 2014, as the loan-to-income soft cap limits income stretch. The high transaction costs and relatively few properties on the market are also holding back activity in this part of the market.

This constraint will potentially be eased for first-time buyers as a result of the stamp duty holiday announced in the Autumn Budget. First-time buyers are also being supported by various government schemes, with the Help to Buy equity loan scheme cited as one of the main factors assisting them. Our expectation is that the recovery in first-time buyer numbers continues over our forecast period, though at a slower rate than we have seen over the last few years.

Fewer home movers also has the adverse impact of limiting activity as fewer people put their homes up for sale, a trend seen since the end of 2013. Data from the Royal Institution of Chartered Surveyors survey shows new instructions to sell flat or falling for just over four years now.

Taking this together, we expect to see regulated house purchase activity to grow modestly in 2018, driven wholly by first-time buyers, as home mover numbers remain flat. This is expected to continue into 2019.

Cash transactions are expected to remain a large part of the market, but with their market share falling slightly to just under a third of all transactions.

Several different factors are weighing on buy-to-let house purchase activity. Lenders tightened affordability criteria ahead of the Prudential Regulation Authority's stress tests, which came into effect at the beginning of 2017, and the tax relief changes began to take effect from April, the first stage of a four-year transition. These two changes, along with the change in stamp duty for additional homes means buy-to-let house purchase activity has been flat since June 2016.

There is still uncertainty in how landlords will react to the income tax changes. We have not seen any sudden contraction in lending as a result, but expect landlords to become more cautious and will likely limit their ability to re-leverage their portfolios. Our forecast for buy-to-let remortgage activity is that it continues at its current pace over the next two years.

This is in contrast to remortgage activity in the homeowner space, which has been stronger than expected and looks set to grow further over the short and medium term, helped by the macroeconomic picture. Having said this, there is some uncertainty as anecdotal evidence points to an increase in the number of customers choosing to refinance with their existing lender, as these internal switches are typically not captured as remortgage transactions.

Since our December 2016 forecast, household finances have come under a little pressure, as earnings growth has failed to keep up with inflation.

As a result, we expect to see a slight deterioration towards the end of 2018 as unemployment rises and real earnings come under further pressure.

The underlying picture for possessions shows the number of cases has been flat for the last two years, but as with our arrears forecast, we expect some deterioration in 2018 and 2019. The reason for this is a legal case that has somewhat distorted the headline figure over the last few years has now resolved, meaning some possession action that was put on hold until regulatory uncertainty was resolved have now restarted.

We now expect this to unwind over the course of 2018 and 2019, which is reflected in our forecasts.

Overall, we still expect the majority of borrowers to cope with a more challenging economic climate, resulting in forecast figures which still look very favourable compared to the recent past.

Area of expertise:
Mortgages
Written By 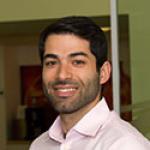