Banking Protocol scheme is going from strength to strength

As banks continue to invest in advanced security measures to detect and prevent fraud, the criminals responsible are increasingly targeting customers directly. In one common scam technique, victims are convinced to go to a bank branch and either make a transfer in person or withdraw large sums of cash from their accounts to hand over to the fraudster. The impact of these scams can be devastating, both financially and emotionally. These ruthless criminals will tend to target the most vulnerable in our society, including the elderly, and on many occasions will accompany the victim to the branch.

Fortunately, the banking industry and police are fighting back through the rapid response scheme known as the Banking Protocol. This initiative allows bank branch staff to contact police if they suspect a customer is in the process of being scammed, with police making an immediate priority response to the branch. This can prevent customers from falling victim to fraud, while allowing police to catch the fraudsters in the act.

The latest figures show this initiative is going from strength to strength. Since March 2018, it has been operational across all police forces of the UK, from Scotland all the way down to Devon and Cornwall. In the first half of this year alone, over £23 million of fraud has been prevented and 134 arrests have been made thanks to the Banking Protocol. This means that over £71 million of fraud has now been stopped since this initiative was first introduced in 2016. There has also been a gradual increase in the amount of fraud being prevented through the Banking Protocol, as both police and banks continue to improve their ability to spot potentially fraudulent transactions.

In addition, over 3,000 potential victims have been identified, meaning they can be provided with advice on how to protect themselves from this kind of scam in future through expert fraud prevention advice and additional checks on future transactions. In some cases, vulnerable people have been identified through the Banking Protocol which has led to them being provided with extra support, for example being referred to social services or rehomed.

In one recent case, a 96-year old man from Bournemouth was visited by a fraudster at his home and asked to hand over £2,000, supposedly in order to receive £12,000 in return. After the man visited the bank to withdraw the money, branch staff raised the alarm with Dorset Police and the scam was prevented. In another case, an elderly female in Inverness attended her local bank to withdraw £2,000 for work being carried out on her driveway. Bank staff grew suspicious and contacted police via the Banking Protocol. Police then attended the woman's home address and found a group of suspected rogue traders there, one of whom was subsequently arrested.

These examples show the demonstrable impact the Banking Protocol is having on people's lives. Across the country, hundreds of vulnerable people are being prevented from falling victim to scams, and dozens of callous fraudsters are being arrested. All this highlights how the banking and finance industry is continuing to take action on all fronts to protect their customers from fraud, while at the same time working closely with our partners in law enforcement to crack down on the criminal gangs responsible.

If you are interested in this topic, you may be interested in attending the upcoming UK Finance Economic Crime Congress where we'll debate similar themes and how the industry can respond. Learn more here. 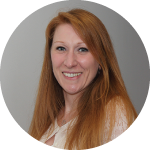 Taking place on Wednesday 12 February 2020, the UK Finance Economic Crime Congress in association with LexisNexis Risk Solutions, will explore the key strategic economic crime issues facing banking and finance in these times of unprecedented change. With Sanctions and Money Laundering high on the agenda again, and given the exponential rise in fraud, navigating the issues around economic crime is becoming ever more complex. Following the keynote sessions in the morning, delegates can choose between four content theatres focused on Anti-Money Laundering, Financial Sanctions, Fraud Prevention, and Anti-Bribery and Corruption.