Business finance ahead of unlocking

Our latest Business Finance Review shows how SME finances have continued to evolve through the Covid-19 crisis at the start of 2021.The backdrop continued to be one of elevated uncertainty as the public health restrictions were once again in place in the first three months of this year.

There are three main takeaways from this quarter's data:

Before looking at these in a bit more detail, it's worth recapping on the main finance developments through 2020. Last year saw rapid growth in gross lending, peaking in Q2 with the introduction of government-backed loan schemes. Overall, gross lending was 160 per cent higher in 2020 compared with 2019. In contrast, overdraft applications declined rapidly hitting a series low in the final quarter of 2020 as SMEs substituted overdraft applications for loans. Not all of this lending was deployed and, as a consequence, cash deposits rose rapidly.

These trends were largely still in play at the start of this year. While quarterly levels of gross lending have drifted down from the highs of last year, Q1 lending was nevertheless higher than the same quarter a year ago. Our analysis suggests that some but not all of this continued to be supported by government-backed schemes, which came to a close at the end of March. Continued high success rates of applications, as reported in the SME Finance Monitor, points to the vast majority of SMEs being able to access the finance they need ahead of the economy starting to reopen in April.

As the government announced its roadmap for lifting restrictions, we continued to see SMEs having a large degree of flexibility with existing facilities as well as further growth in cash deposits. Even with lower levels of overdraft applications for new facilities (another trend which persisted at the start of this year), we see a large degree of headroom within existing overdrafts. In 2021 Q1 the overdraft utilisation rate stood at 39 per cent, consistent with rates seen since the onset of the pandemic but considerably down on the 60 per cent utilisation rates recorded through 2018 and 2019.As with overdrafts the intensity of invoice finance and asset-based lending (IF/ABL) usage has also declined through the pandemic, with utilisation falling back from around 70 per cent at the beginning of last year to just over half in the current quarter.

Thirdly, loan repayments by businesses increased at the start of this year with a majority of the total repayment increase coming in March. Compared with the same quarter a year ago, repayments by SMEs were up by nearly a quarter. There are differences across sectors and between small and medium-sized businesses. Smaller companies, for example, were more likely to see an increase in repayments compared with their medium-sized counterparts. This may reflect an aim to start reducing debt levels, even ahead of repayments for government-backed loans beginning.

As the economy reopens and economic recovery gathers momentum, this should help many sectors and businesses regain a more stable footing. Our Business Finance Review highlights some degree of headroom amongst SMEs to manage the restart of operations within existing finance arrangements, as costs and pressure on cashflow are likely to increase. As the economy reopens, the support available from government will taper off and the financial services sector will continue to work with SMEs to provide the right support to those that need it as the recovery gains traction this year. 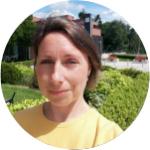