FCA: Turning up the heat on market abuse

The Financial Conduct Authority (FCA) has made no secret of its intention to crack down on firms and individuals that fail to meet their obligations under the Market Abuse Regulations (MAR) and FCA rules.

In March, substantial fines were dished out - over £60 million in total - when two companies failed to provide accurate and timely transaction reports. Unsurprisingly, the FCA stated ?If firms cannot report their transactions accurately, fundamental risks arise, including the risk that market abuse may be hidden? and ?'transaction reports help the FCA identify potential instances of market abuse and combat financial crime.?

Following these, 10 April saw the Upper Tribunal uphold the Final Notice issued by the FCA on 7 June 2018 to fine a company £409,300 for a breach of Principle 3, relating to ?failing to take reasonable care to organise its affairs responsibly and effectively to ensure potential instances of market abuse could be detected and reported.?

In January 2018 yet another firm was in breach of Principle 3 and was fined £1 million by the FCA for poor market abuse controls. The FCA press release stated this was ?for failings in its post trade systems and controls for identifying and reporting suspicious transactions?.

Despite all this it's worth noting that following MAR implementation in July 2016, which changed the requirement from reporting of suspicious transaction to ?Suspicious Transaction and Order Reporting? (STOR), the number of suspicions reported has increased from 3,008 in 2016 to 5,495 in 2018. In 2010 just 509 were reported.

Individuals have not escaped the FCA either. Two former employees of a broker - the ex-chief financial officer and the ex-financial controller - were fined £11,900 and £105,000 respectively for engaging in market abuse. On top of the fines they were both permanently banned from performing any function related to any regulated activity.

There are others but suffice to say the FCA is turning up the heat, which means a busy time for senior managers, compliance and internal audit professionals.

UK Finance and ACA Compliance will be holding half-day Market Abuse and Trade Surveillance workshops on Wednesday 29 May, hosted by a former trader and subject specialist. The workshops will help senior managers and compliance teams ensure their systems and controls to prevent, detect and report market abuse are adequate, effective and stand up to regulatory scrutiny.

You can book on the workshops here. 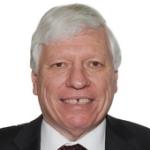 The Market Abuse Regulation (MAR) workshop (in the morning) will provide delegates with an understanding of what the MAR means to your firm and your employees, focusing on the rules and the practical application of systems and controls to identify and reduce the risk of market abuse. The Trade Surveillance workshop (in the afternoon) will show how a trader or asset manager might seek to make gains or to reduce losses, either personally, for a portfolio, or for another, by breaking the rules set down in the Market Abuse Regulation (MAR).