Looking beyond the pandemic - the SME Finance Monitor Q4 2021

Each year since 2011 the banking industry has commissioned BVA BDRC to undertake the SME Finance Monitor. Throughout 2021, the Monitor tracked SME sentiment as businesses navigated the impacts of Covid-19, as well as faced increasing costs and supply chain issues.

The report demonstrates that concerns over the lasting impact of the pandemic have begun to improve in many sectors, with some of the overall impact starting to wane.  The proportion of SMEs seeing the pandemic as a major barrier to their business has decreased by 34 per cent since its peak in Q2 2020.

Despite difficult conditions, there is a high level of cash held by businesses with 35 per cent still having more than £10,000 in cash deposits. Those still expecting the pandemic to badly affect future revenue are perhaps unsurprisingly concentrated in those industries hardest hit, such as hospitality and transport.

While overall the pandemic was still seen as the top barrier to running a business, this has now also been joined by cost pressures and supply chain issues including skills shortages. These rising concerns are now likely to be exacerbated as we move further into 2022, as we see how the impacts of the Ukraine crisis on supply chains and costs are felt by businesses globally. The results also demonstrated a growing minority concerned about EU trading arrangements among international traders, increasing from 22 per cent in Q1 to 34 per cent in Q4.

Access to finance, on the other hand, had a more promising perception and remained ranked only tenth in terms of barriers to running a business. At 40 per cent of SMEs, those using finance (which remains skewed to loans compared to other products) is down since the peaks seen over the last two years. However, the report demonstrates how external finance continues to play a key role for businesses, with 21 per cent reporting they were borrowing more than before the pandemic and over ten per cent having sought finance for the first time. Overall, encouragingly only eight per cent of SMEs were concerned about their ability to repay.

Looking to the future

On the positive side, there was evidence that many SMEs were able to look to the future. A majority (57 per cent) were looking to pursue some sort of activity related to growth, with the top intended action encouragingly being to seek to reduce carbon footprint. In terms of plans to borrow, there did remain a minority of 14 per cent saying they would be seekers of finance if not for concerns about the economy and their own business performance, though reassuringly only one per cent of those had been directly discouraged by a lender.

Nevertheless, SMEs should be confident about their prospect for success in applying for external finance. Trust in the industry is at its highest level since the Monitor began to capture this metric, with over 90 per cent considering that they had a medium or high level of trust in their main bank.

It would be wrong to say that in Q4 2021 the pandemic did not still pose a significant challenge to SMEs. However, there are certainly signs the landscape is changing, as we see a growing number of businesses start to see how they can move past the impacts of Covid-19 and look to build their future success despite broader economic headwinds. The extent to which this will be impacted by the global impact of recent geopolitical events as well as inflationary pressures remains to be seen. UK Finance's commitment to understanding SME finance needs and attitudes remains, with the SME Finance Monitor continuing to be a key source.

You can find the SME Finance Monitor results for Q4 2021 here. 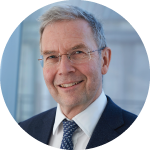 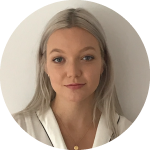 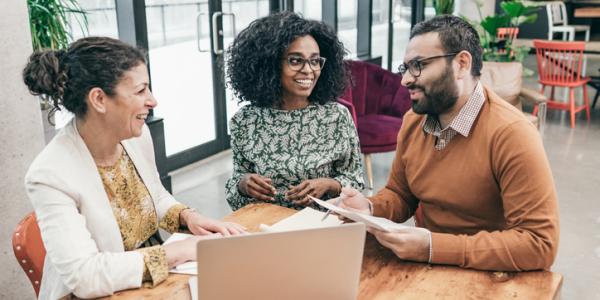 The SME Finance Charter sets out five pledges by UK banks and finance providers to support their small and medium sized businesses (SMEs) through every challenge they face. On Monday 9 May at 12pm the Charter was relaunched with an updated list of pledges and commitment to supporting businesses and customers.
Commercial Finance

More SMEs planning for the future, but a third anticipate threats rather than opportunities ahead

Banking and finance sector provides over £1.1 billion to SMEs through Covid-19 lending scheme